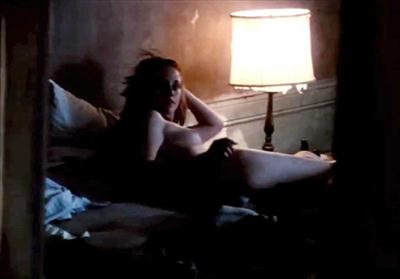 Recently, Egotastic revealed a couple new topless photos of Twilight Saga main starlet Kristen Stewart,looking smoking hot in her new indie flick “On The Road.” As you can see,she’s pretty comfy on a bed in this pic,sporting nothing but a pair of thong-like panties and exposing her naked breasts.