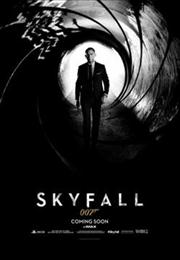 The other day, Columbia Pictures dropped the brand new movie trailer (below) for their upcoming James Bond/action flick “Skyfalls,” and it looks pretty cool featuring some pretty explosive action scenes as Bond tries to kill up a bunch of men before they kill him .

In the new movie, Daniel Graig dons the impressive suit, once again, to play character James Bond, who’s loyalties to M are tested as her past comes back to haunt her. Then MI6 comes under attack,and Bond must track down and destroy the threat, no matter how personal the cost. It’s scheduled to hit theaters, nationwide , November 9th, 2012. Follow us on Facebook by Clicking Here. Follow us on Twitter by Clicking Here.